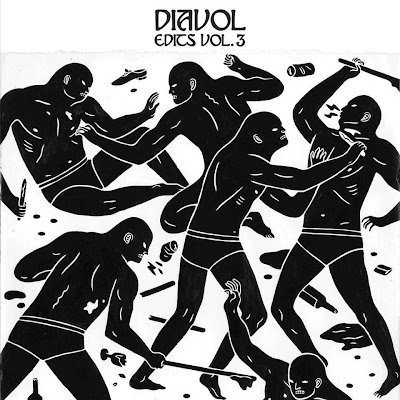 It's been a while since you heard from me here, since I've been finishing my bachelor degree (not in disco though). But I have been keeping myself busy on that scene as well, providing the third volume for the very interesting Edits-series by netbased label Diavol.
The Argentinian label is run by local discophiles Premini & Jovan, and they have developed a quite uniqe concept with this project. All volumes are released digital and free of charge, accompanied by cover art from interesting young artists and video trailers in the same vein of musical visualization as In Flagrantis promo films.
The first volume features edits of obscure Brazilian disco, new wave and pop signed by themselves, the second volume had Nassau edit the local flavours of his home country Italy. For this third volume I pitched in with one edit of a Swedish original (Subway At Night) but expanded to an international scope on the following three cuts (spanning three diferent continents - Japan, UK & USA) and also decided to keep the names of the originals to myself - not out of pride, I've just always enjoyed the mysterious side of edits more (it makes the crate digging so much more fun).
The cover art was provided by Los Angeles-based Cleon Peterson, and is one of the pieces of a series called The Practice Of Masters.
All edits are now available for free on Soundcloud but you can also show your love by getting the whole volume for just a dollar at the Diavol site.