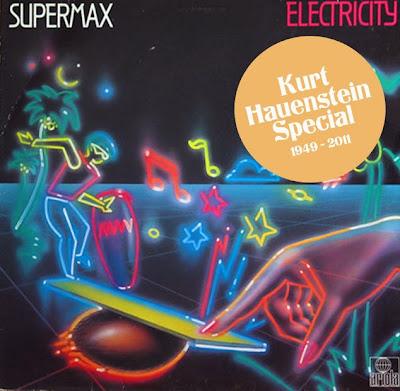 From 1983 comes this whipping and pulsating cut, loaded with flashing neon and electricity (as the title and cover design of the album will suggest).
This is the first Supermax album recorded in the Nowhereland studio which Kurt built together with his keyboard player Tommy Schmidt. This would however be the last Supermax album featuring the original line-up of musicians. Kurt would reform the band many times all through the 1990s featuring new musicians, the first effort together with Christian Kolonovits in 1986.
But the production and sound of later albums (even though occasionally teaming up with old members) could never be compared to that of these early masterpieces.