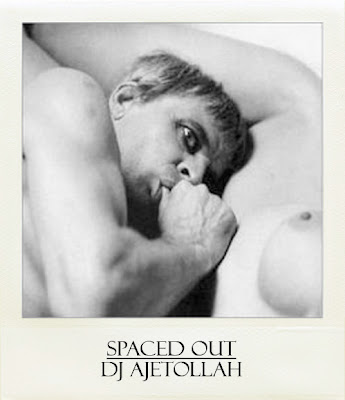 DJ Ajetollah is known to her friends simply as Aje (short for Arjumand), and even though she has only been playing records for about a year (mostly as part of the underground crew Sui Generis here in Malmö) she has some kickass skills matched with
a distinguished taste in hard electronic disco both old and new.

This mix for instance starts things off by reclaiming Yellos Oh Yeah from the vaults of 80's nostalgia (although to most people it will forever be linked as the soundtrack to Ferris Bueler's Day Off) and then throwing us right into the retrofuturistic visions of Morgan Geist and his cratedigging spoof project Jersey Devil Social Club.