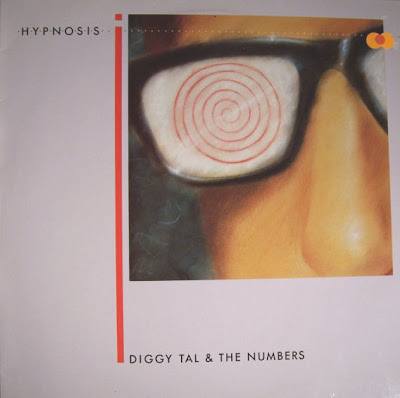 When the fourth installment of the crate diggers bible for the 21st century (Claremont 56 stellar compliation series Originals) came out last year, confusion struck those eager to hit the shops when it became evident that the balearic brits behind volume 4 (Matthew Burgess & Jolyon Green) had for some reason misspelled or distorted the name of this Swedish new wave group. The credits stated them as Diggy Tal & The Invaders, leading many diggers astray on their quest for this bass heavy bomb of a track.
Lucky for us here on home turf then that we had a head start in spotting this in the bargain bins of our local dealers.
Most of the album is crappy new wave rock with some stiff synthesizers thrown in for show. This track however stands out among the rest, partly for its straight up disco funk groove and possibly for its detour route all the way to Hollywood for a remix by studio wizard Rusty Garner.

AMAZING!
Thanks a lot!
Alien

Definitely one of the stand out tracks on Originals 4, the entire series has been pretty damned magnificent imo....it must be a difficult choice sometimes between wanting to keep an obscure release exclusive to your dj set and also wanting the compilation to sell well which means having tracks on it which are mostly unknown....

I noticed on the 12 inch Swedish/American releases that there was an instrumental version of the track, now that I would love to hear!

Good to see Mr Delon commenting above, you definitely get a better class of visitor at this blog!

I forgot to add...how on earth did they mistake the word "Numbers" for "Invaders" !?! Like you said, all those poor diggers must have been tearing their beards out when they could not find a copy!