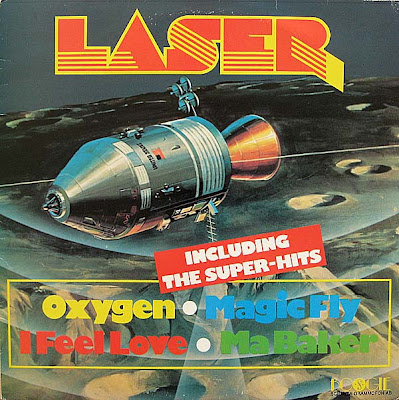 There was a time before disco hit Sweden when so called dance bands ruled the nation in terms of nightlife entertainment. It's hard for someone unfamiliar with scandinavian culture to fully grasp the impact this culture had and continues to have as the main supply of music in many peoples lives. To describe this very simply put, these dance bands are orchestras of very skilled musicians in a category somewhere inbetween cover band and house band, performing a very slick and romantic take on everything from soul, pop and country, usually with swedish vocals.
Around 1979, disco was a fact in Sweden, with the introduction of the concept that one DJ can replace a complete orchestra, to the effect of what has been called "the death of dance bands" (There is a very entertaining news broadcast from the time of this process here)

However, many acts of the dance band scene tried to get with the times and recorded and performed what they believed to be disco music, often with hillariously awkward results.
Except for one of these exploits, being the studio project Laser, which was based out of the highly succesful dance band Sten & Stanley. With this side-project, they set out as early as 1977 to cash in on the cosmic trends of disco that were emerging, and recorded covers of such hit singles that had broke the mold. Including of course Giorgio Moroders anthem I Feel Love.
Leaving out the vocals completely, this version takes on a much more wobblier feel that is as funky as it is freaky.

hell yes. thank you for this one!

I am feeling the love, most blogs have one or two good posts between an infinity of blandness or the same record is posted over a hundred blogs (with many passing it off as their own rip by excluding all reference to its origins)...As covers go, this is very good indeed and while I don't think the original Moroder track can ever be improved on, this is as good as the Patrick Cowley remix in terms of not just been a note for note cover...Laser definately bring something different to the analog feast and infact the second half of the Patrick Cowley remix where it goes a tad 'wild' and this work really well together mix wise (having spent the last 30mins feeding them through Mixmeister) ...this album is nowhere to be found in the blogosphere (unsuprisingly!) and not even a single solitary sale in Discogs...only copies available..mmm...you and Cosmic Dudes maybe! Someone has kindly posted the covers at Discogs and they are just so quintessentially seventies space disco..I look forward to the odd track in the years to come ;)