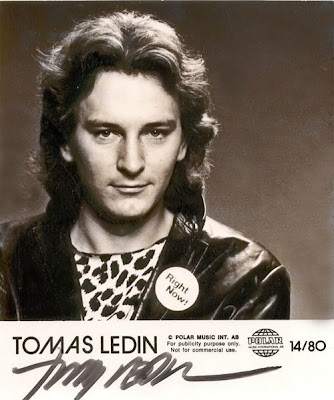 My friend and dj colleague Tobinski has pulled out his bag of tricks on our Swedish rock star Tomas Ledins disco outing, dubbing up the intro and pulling the breaks before releasing the full force of this amazingly funky groove.
This track is from the self-titled debut album by Ledin released in 1977, which also features the seminal smash hit on the edit-scene Ta Mej, reworked by both norwegian Rune Lindaek and Gothenburgs Just Like Music.
Me & Tobinski will soon premiere our very own club at a joint called Carib Creol here in Malmö, so keep your peepers wide for the dates, because it will surely be legendary.