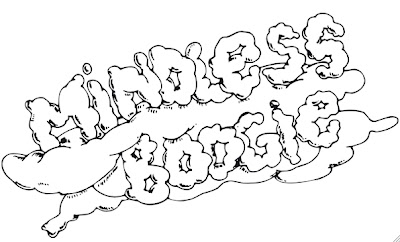 Mindless Boogie was a true trendsetter in the early years of the disco edit-boom. With a concept that set aside traditional genres and re-edits as simply DJ tools, they went looking for the right vibe no matter what the BPM counter said.
The label was run between 2006 and 2010 by Dirk De Ruyck (who also worked with Eskimo Recordings) & Tonic out of the small city of Ghent, Belgium. Size doesn't matter though, since Ghent has been a source of great dance music dating back to the New Beat-movement of the 1980's. Besides hosting some now classic edits by big names such as Prins Thomas, Lexx, In Flagranti & Todd Terje (under the pseudonym Wade Nichols, which was the real name of gay porn-actor turned disco singer Dennis Parker), the label made their name with some great edits by Tonic himself. Under three different names (Tonic, Skinny Joey & Rubber Room) and altogether six 12"-releases he stirred up an interest for both the leftfield as well as the mainstream (especially the discovery of everything Hot Chocolate made EXCEPT "You Sexy Thing"). The choice of original tracks was always the genius of Mindless Boogie.
Tonic recently put up an archive of his works on Soundcloud:

Nice Information! I personally really appreciate your article. This is a great website. I will make sure that I stop back again. These are some really great tips! Another important note is to make sure you give completely specific instructions to your cleaning staffs.

I want everyone to try to experience how much fun playing casino games is. เกมพนันคาสิโนออนไลน์ สล็อตออนไลน์
http://betwayonline.net/
https://reviewer24.org/

These stories are truly incredible. Thank you for this information. บาคาร่าออนไลน์
http://betwayonline.net/
https://reviewer24.org/