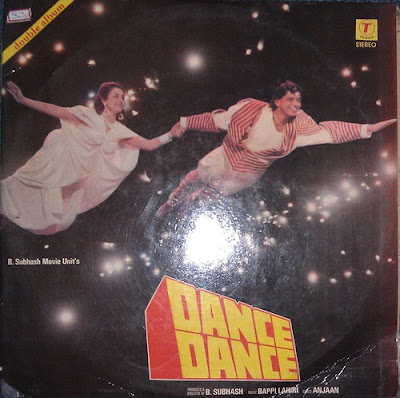 Vijay Benedict, the singer behind the 1982 Bollywood hit I Am A Disco Dancer, worked closely with music director Bappi Lahiri on many following movies. In 1987 they did this movie/record together simply called Dance Dance. And while 1987 sounded very different in the western hemisphere, things were still all right and funky down in India. So funky that they didn't much bother with upholding even a standard production quality. But that's where our newfound Norwegian talent Olefonken comes in and saves the day, providing some much needed drum work to back up old Vijay and his co-singer Alisha Chinoys shrill vocals.
Olefonken is only one alias of a young man representing the new wave of Norwegian disco that is brewing in the shadows of the major league. He also makes more classically crafted edits under the name Sure Sivert and is rumoured to be involved in the superfresh boogie band hubbabubbaklubb that are coming out with a 7" single sometime this year.
The download count raced off on this one, so we're happy to re-uload the track on the Academy account! Download HERE
Upplagd av SERGIO RIZZOLO kl. 15:58

I only now came across your blog... and woah! Lots of great music hidden behind all the different blogposts! I will take my time browsing through the posts - but already found some songs I really like... and great writing by the way! A bit of information and background is always nice...