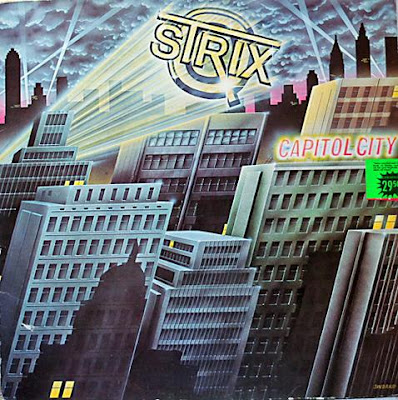 Strix Q started as the backup band of Magnus Uggla, the swedish equivalent of Lou Reed (or at least he thinks so) who to the international disco underground is most famous for his electro-balearic Sommartid. And it's easy to spot the influences of Uggla on this track off the album Capitol City, which was also released as a 7" single (although a 12" with a dub instrumental would have been nice). This is cocky glam-rock on the verge of 1980's flamboyance, but with the added soundscape of futuristic disco rock. The Moog baseline will blow you away!
And best of all is the lyrics, which in swedish tells the story of a guy getting dressed up and ready to hit the clubs, looking to score some action, and then the chorus comes in like a twist in a thriller to reveal that he's only in it for the boys. Oh, the gayness!
STRIX Q - BOYSS
Upplagd av SERGIO RIZZOLO kl. 12:57