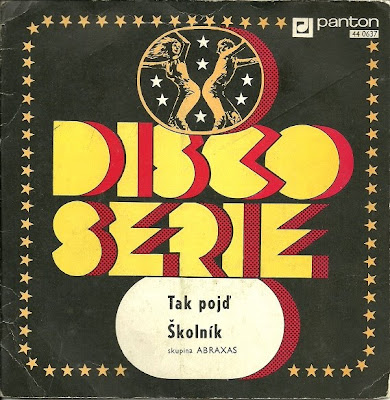 Amen brother indeed! An irish dude getting his hands all over a Czechoslovakian prog disco cut from the late seventies is surely something to praise. And especially since it's the very promising chap Niall Kirk that is behind the grandios alias of Amen Brother Disco Band.
The name apparently originates from the Amen Brother parties that he and his friends have been hosting at the McKenna Brewery, obviously the hotspot of the city of Monaghan. And if it's psyched out and heavily funky disco you want to hear whilst enjoying your pint of beer, but like me live too far away to be able to just pop my head in there, you can always download the recurring mixes that Niall puts together as resident over at MNtothat.
Getting on to the edit at hand, he's really spotted a winner in this one. Building up steam with an infectious groove led by a hillbilly-style funk guitar riff and then occasionally turning on the taps on some heavy rock breaks, all the while keeping the wonderful singing of Bohuslav Janda. Great stuff.