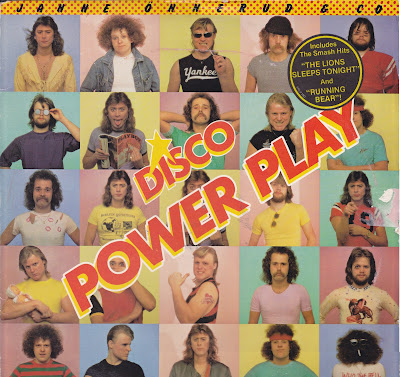 I was in Stockholm this weekend to play some records with my friend Johnny Too Bad (Jonas Dahlström) at a place called Marie Laveau. We also had time to squeeze in a session of the online radio show called Heathenism that Jonas and his co-dj Fredrik Borg runs. It's basically us three out in Jonas place in Bagarmossen taking turns at the turntables, drinking beer and eating potatoe chips.
I played mostly swedish stuff, and one of the tracks I play (starting at around 11:05) is If You Wanna Know by Janne Önnerud & Co. The track can be found on two of the bands albums, the 1980 album The Killer and on a limited second edition of the album Disco Power Play from the previous year. This record has long been known only as the cover that was ripped by brittish re-editers Soft Rocks for their 12" of the same name.