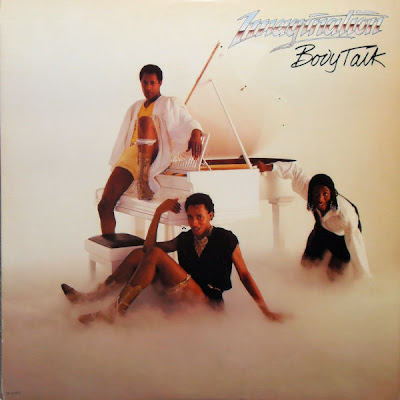 Daniel, who helps to run the gallery space Makeriet where The Academy recently exhibited (pics are on the way!), also has a local club called Music People together with two people. A guy called Johannes and a girl called Johanna.
Johanna Knutsson lives in Berlin where she makes dance music and cuts hair pro-style. Her first EP will be released early next year by Klasse Recordings.
She's recently put some of her Knutsson magic on an old proto-house joint, So Good So Right, off the classic gay disco album Body Talk by Imagination.
As far as I know, this is the first introduction on the disco edit-scene by a woman. Wether they are generally too cool to care about such a marginalized effort or just feel left out of the picture, the reason why the output of disco edits over the last few years have gone under the adjective of "bearded" is pretty plain to see.