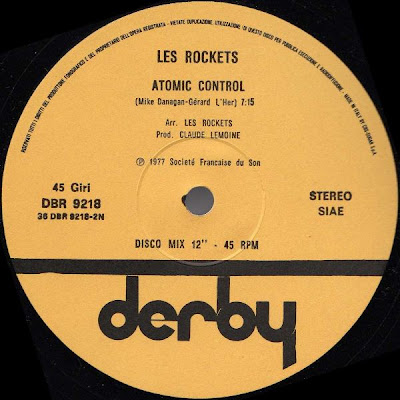 Curtis Black of the Phantom Dogs Disco outfit takes a spin on the B-side of the french cosmo-rockers epic Philippe Renaux-produced Future Woman 12" single, which the Academy covered extensively in a recent special.
Here it seems the guys are left to figure out things themselves (no Renaux or Honeyman on credits), which they had no trouble with. The hissing vocals are hilariously "sexy".
This version kicks out most of the mellow string parts and focuses on extending the dubbed out percussion climax, even adding a little extra echo to the mix.