DISCO ON THE SWEDISH AIRWAVES 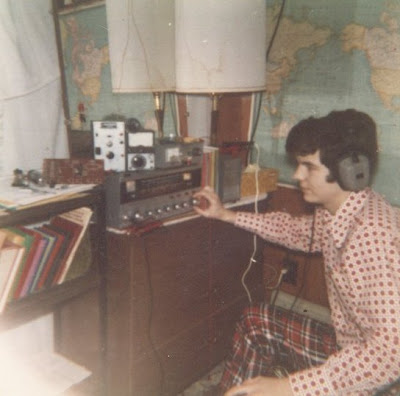 Last night the swedish radio station P3 aired a 2-hour documentary by the programme P3 Pop about the new swedish disco scene, shedding light on some wonderful friends of mine here in Malmö as well as colleagues in Gothenburg and Stockholm. A big thanks to Josefina & Dennis of Prejka for mentioning the Disco Academy, which in the show gets a lot of attention from reporter Sara Martinsson. If you're fluent in swedish, you can listen to the programme here for the next month.
The show closes with this wonderful re-edit of one of Swedens most worn out hits of the 1980's: Freestyles Vill Ha Dig. A song that brings up bad memories of cheesy high school parties and sweaty palms for almost every young swedish generation since its release, but in the care-free hands of Bear Funk founder Stevie Kotey becomes a simply astounding piece of wonky & melancholic funk.
BIG BEAR - I NEED YOU (BABYLOVE'S DISCOMIX)
Upplagd av SERGIO RIZZOLO kl. 02:37