NIGHT OF THE MOONER 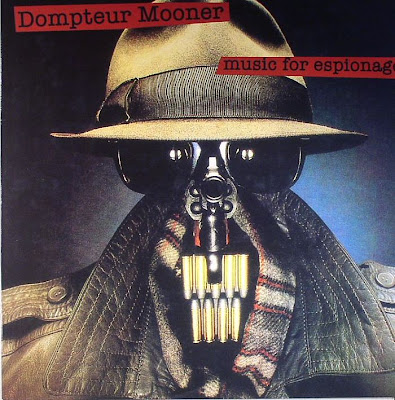 In the blunt daze of summer, our choice of drinks are increasingly chilled and minimal in content. So is our search for music, a quest for crisp perfection among oversized portions of electro or house, the sloppy fast food of the ears that only leave us exhausted and bloated in the sun.
Well timed then, that the most international german of the cosmic renaissance, Dompteur Mooner, is now offering a collection of eerie and sleek electronic disco hybrids that sparkles like little treasures in the pitch black of night, on the 12" release of Music For Espionage, the first solo record on his own label Erkrankung Durch Musique, available for purchase on Clone Records.
The Münich-based DJ and producer is responsible for the brilliant and well-researched Elasté: Slow Motion Disco compilation of 2007, as well as his collaboration with legendary electronic composer Conrad Schnitzler on the release of rare tracks from the late 1970s, re-edited by Mooner.
Le Coq Rogue is the result of "searching through piles of records in shady second hand shops looking for bizzare productions and undefinable styles"

Hey this is charlie from the cosmicdudes, please get in touch with me, can't find your mail anymore (: cheers, mate

Apetit is bon here! Thank you for sharing, Diskoakademin.