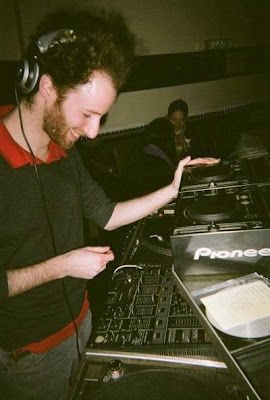 Behind the name Giulio DJ is the 27-year old Viennan Julian, also a producer and aspiring sound engineer soon to be moving to London to complete his studies.
For the last two years he's been organizing parties at the club Tempo in Vienna with his friends, putting Austria on the map by gathering the talents of acts like Phoreski, Ilya Santana, Loud E & MikeBurns just to name a few.
He has also put together some re-edits that seem to have evolved into their own productions over time. Just check out the electroid groover he has built out of Barrabas classic disco rocker Woman under the title Loose Women!
With a similar touch of house and balearic smoothness, he has taken on the work of Djamel Allem, the Algerian prog rocker who just recently was also picked up by Soft Rocks with their re-editing of Samarkande.
Giulios version adds some extra drums and bass to the original and creates a flawless piece of neo-disco. A dancefloor killer with an infectous guitar-driven groove.