HEADING FOR THE WAVES 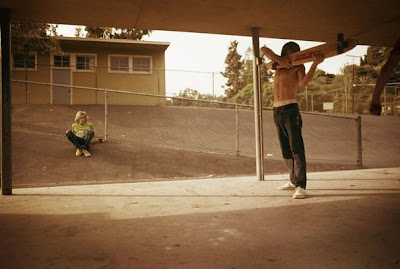 The summer is finally making a stop on its busy tour to visit our town here on the edge of Sweden. We're all singing along with our lighters in the air and dusting off our sunglasses, cutting the legs off our old jeans, and slowly heading to the mecca of Malmö that is Ribersborg Beach.
The Belgian diggers/producers Ronny & Renzo have picked up on the Scandinavian breeze in their exclusive and amazing new mix for Cosmic Disco, that includes two tracks from our locals Lugnet, previously celebrated here. Cleverly & sneakishly re-named Cosmic Storm In A Swedish Glass & Tralla La-La Land.
Getting your hands on their first vinyl is harder than it might seem, but they will be having a release party at Styrbord Babord in Gothenburg on the 9th of May.

I'm leaving you with a heavy beach anthem from a mythical place called California that existed sometime in the 1970s.