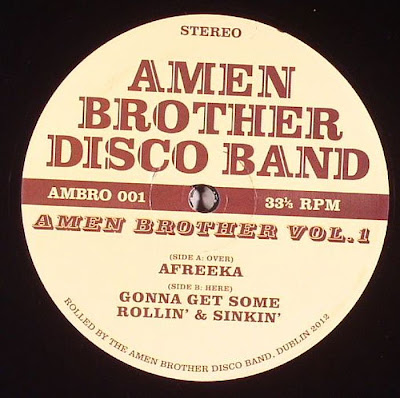 Long-time friend of the Academy, the Amen Brother Disco Band, has finally entered the realm of black plastic paradise with a 12" of some heavy edits on AMBRO 001.
And thus, a new label is born at the hands of Dubliner-in-exile Niall Kirk. The palette here is full of dusty, greasy stompers rolling along the desert plains with a mean & funky attitude. "Underground psychedelic soul" as Piccadilly Records puts it. I would say that this is a big step to re-organize (or wreak havoc if you will) on any record collection that separates disco from afro & psychedelic rock. They just wouldn't know where to put this one.