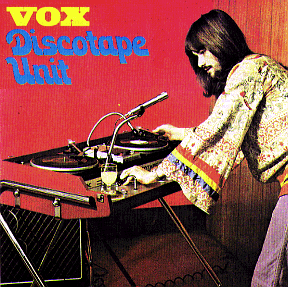 I dug up some old CD-Rs this weekend and found an old album by a friend from Umeå (a city in the north of Sweden where I used to live). Vox was a project by Henrik Rosander who ran a popular club called Community with his brother Andreas. He made a record called This Goes Out which was released only as a CD-R. It's a great piece of work that ranges from downtempo disco to uplifting house to funky electro.
This cut below has a Metro Area-esque feel to it, bear in mind this was 2005, with a great blend of electronics and live instrumentation. That's real handclaps at the end...